Implementation of a companion modelling approach for studying the sustainability of yam cultivation in West Africa: the J’IGNAME Role-Playing Game 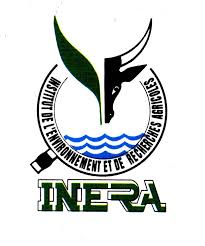 Yam is the staple food of 300 million people around the world. It represents a significant food crop in terms of food security, income and culture for the people who cultivate it in West Africa. Despite this potential, the current crop practices of yam producers, mainly oriented towards slash-and-burn agriculture with very little or no inputs, are very unproductive and not environmentally sustainable.

The research-action YAMSYS project therefore aims to develop accepted innovations in biophysical, institutional and economic management of soils and plants to increase the sustainability of the yam production systems in the African subregion. In order to (1) test the innovations developed and their degree of acceptability by all the stakeholders in the yam sector in the countries of the project (Burkina Faso, Ivory Coast), and (2) create a support for the diffusion of these innovations, a role-playing game called “J’IGNAME” was set up.

IFSRA was mandated by the YAMSYS project to participate in the design and implementation of the role-playing game through participatory workshops. These play sessions were conducted on the Burkinabe field with the double objective of validating the J’IGNAME game protocol, and of progressively passing on the facilitating approach to the project team so that they can then realize by themselves the participatory workshops for the project sites in Ivory Coast.

The design and implementation of the J’IGNAME role-playing game took place in several stages:

1. Co-design of the role-playing game with all stakeholders

The design of this role-playing game followed an iterative and participatory process of a ComMod approach. Thus, different versions of the game were gradually produced by a collective of students and researchers from ETH Zurich, INERA (Institute of Environment and Agricultural Research), CRSR (Swiss Center for Ivory Coast Scientific Research) and IFSRA, until obtaining a “final” version which can be tested with local actors.

2. Training on the facilitation of a role-playing game

IFSRA has realized a 2 days training in facilitation for the YAMSYS project team in charge of implementing the J’IGNAME game in the field. The training workshop consisted of the interactive transmission and learning of J’IGNAME objectives and game protocol, of the guidelines of a facilitation process through a ComMod approach, and of data collection methods during and after a role-playing game session.

3. Experimentation of the J’IGNAME role-playing game through participatory workshops co-facilitated by IFSRA and the YAMSYS project team formed